Hey mates how are you all? Our todays topic is UFO Vs Economics | The Fact That Contradicts Presence Of UFOs. So without wasting time lets get started.

UFO Vs Economics | The Fact That Contradicts Presence Of UFOs 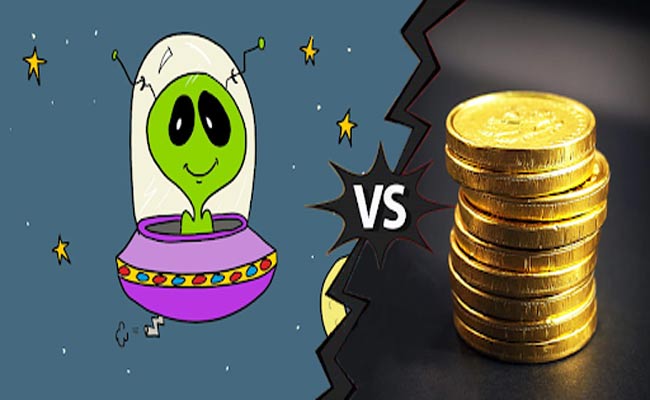 It’s just a system of exchange of goods on some other planets or planetary systems (other than earth or our solar system), having an advanced civilization. Yes, it is much like the monetary system of ours in many respects.

Yes, it may range from the most primitive ‘barter system’ or some much lower unknown system to some highest unknown form you can imagine. And this range includes all the systems like ‘Paper Money’, ‘Plastic Money’, ‘Crypto’ and everything else.

It works the same way, the earthly economics works, by taking into the accounts of profits and loss, and the profits will always be preferred. And it’s probably one of those universal laws like the law of gravitation and all the laws that fit the same anywhere in this universe.

It’s obvious that where there is a consent of economics, there will definitely be concerns about profit and loss and profit will always be preferred – and that’s probably a universal law, applicable the same anywhere in this universe.

Ok, it was enough talking about the description of how the extraterrestrial economy can possibly look like. Yeah, there is a probability that you can invest in their stock market, if we become good friends.

NOTE: UFOs refers to any aerial phenomenon that are not recently categorized or described with the prevalent knowledge. Those can be very earthly in origin, and can be well known atmospheric phenomena. But, here the term will be used to denote something that are famously known as flying saucers and are extraterrestrial in origin, generally used as vehicles by extraterrestrial beings for interplanetary voyages.

Their Mean Of Approaching Us : UFOs :

UFOs are reported to have been seen in different parts of the world at different times, notably in the last two decades.

UFOs are actually spaceships or starships or whatever vehicles which can withstand extreme cold and the vacuum of deep space, and these criteria are not too tough to satisfy, even we humans have made such vehicles that can fulfill that criteria.

But, things get tougher when the condition is to travel at speed closer to that of light if not equal. Yes, this condition is really hard to satisfy, because of Einstein’s theory of relativity, which says that mass of objects increases with increase in its velocity.

And this causes speeding up of the vehicle way more tough, as every time it does up there is a need of greater force to further speed up the body.

Assuming that some super intelligent species in some corner of the universe has found a way to travel at very high speed, say at around 90% of the speed of the light (which is again not very practical) and devised their vehicles with that ability. And made their space vehicles UFO-ready.

Limitations In Front Of UFOs:

The universe is vast enough that light itself takes millions of years just to go from one galaxy to another (that will be needed as we didn’t find traces of intelligent life on our home galaxy). So, practically the species must not go extinct in order to get the result of the mission that their ancestors announced in some time immemorial.

And that’s not the problem as species can survive that amount of time, and there were species like dinosaurs which did survive for millions of years and even today we have some species of insects roaming around our house and are even older than those dinosaurs and are still there on the surface of this planet.

But, the problem is not about existence, it’s about the cost. Yes, if the vehicles are reaching us today, they surely have been built at least some lakh years ago, as it takes time to cover the whole intergalactic space. Think of the cost of the project that was undertaken by that species to launch and send some vehicle like that in search of life like them. Add an additional maintenance and look-over cost for the vehicle, that’s huge, at least when the project continues for some lakh years.

Even After Overcoming All Those Limitations:

Ignoring all other reasons except economics will be enough for them to not take this intergalactic mission seriously, because there is no guarantee that the mission will result in successfully discovering a new habitable planet, or new form of life. The space is vast enough that getting a special planet is impossible by random luck games.

And obviously no intelligent species is fool enough to rely on luck, even we ourselves don’t. Even if they do it using some serious calculations of profit and loss still the loss’s side will remain heavier than that of profit. As, conducting such lengthy missions do cause tension in the fund.

While analyzing the probable outcomes and costs and gains, it will be clear that these are not something that an intelligent species will afford to do. As these projects are destined to doom. Leave, the chance of manned missions, even conducting unmanned missions will be seriously avoided, due to time and money or whatever currency they use.

You know in all forms of economics that are existing or even existed, one thing is common that everywhere profit is considered as a plus point whereas loss as minutes point, and I’m pretty sure that nobody will ever like to get some negative points pulling them down.

After all life is very uncertain, and we don’t even know their fields of interest, if they are out there. But, it surely would be foolish for some super intelligent species to put all that resource and effort into reaching a resource laden life bearing planet and doing nothing but watching it. But, as previously said, we don’t know what their interests are and what they want, maybe they are waiting for reinforcements to arrive.

From the statement of those who have sighted, it was like a saucer flying by ( hence, the name ‘flying saucer’) or just a black dot or blur in the sky.

It is worth noting that most of the things that claimed to be an UFO was later found the cause of effect of some earthly phenomenon it things and in the left very few cases ‘the things’ remained unidentified due to absence of suitable evidences to declare it either as earthly or extraterrestrial.

Hence, there are no publicly accepted UFO sightings as of now, but arguments surrounding their presence.